So, I’m going to use the same jig I made for making tongue and groove joints which I mentioned before. And since the planks (1 and 2) are the same as the ones I had used, only this time they are all the same length, the only thing I have to modify in this plunge router jig is the position of the D stop.

Wood tongue and groove joint: How to route the grooves

To route the grooves, I start by centering, more or less, the slot cutter router bit with bearing on the edge of one of the planks. Although the groove I would make like this is very narrow, so I really want to adjust it so that it is a little off-center.

And so I’m going to route the groove by putting the bearing against the wood, making sure to start cutting at stop C and finish cutting at stop B. That way I make sure that the groove will be perfectly straight all along the edge of one plank and in the end grain of the other plank. Although it will be a little off-center.

Now all I have to do is flip the planks over to route the same groove. In this way, by routing the same edge and the same end grain, but with the other side of the planks facing up, I get a perfectly centered and slightly thicker groove than the one made by this slot cutter router bit in a single pass.

And since I want to have a groove on one edge and on one end of both palnks, I just have to swap the planks and repeat the process again. And I do the same with all the planks I have.

I just have to be careful to make sure that the bearing rests sufficiently against the wood, because after flipping the planks the bearing may coincide in the groove or rest too close in the edge of the groove. In this case, the side fence of the plunge router would have to be installed. To avoid this, it would be better to do some tests before routing the planks.

This way I get a perfectly centered groove on one edge and on one end grain of the planks in witch I want to route the tongue and groove.

Tongue and Groove Joinery: How to route the tongues

On this occasion, as I said before, I will use the same slot cutter router bit with bearing to route the tongues. This saves me time from having to adjust the side fence of the plunge router. The problem is that the width, vertically, that this slot cutter cuts is very narrow, so I will have to route each side of the tongue in two passes. Then I will set the slot cutter router bit to route half the width needed, and I will route on all the planks the edge and the end grain that I left before without groove. The steps is the same as the ones I followed for routing the grooves: route, flip the boards, route again, swap them, and repeat. And so on for all the planks I have.

But as always, there is a small problem to be aware of. In the corner in the edge of one of the planks and in the end grain of the other plank we have the beginning of the grooves that we have already routed in those planks, and the bearing can slip into those holes, which would ruin the routing.

I can now route the first pass of the tongues in all the planks following the same steps I followed for the grooves. As we have just seen, finally I needed to install the side fence, but this time it was very easy to set.

Now, as the tongues are too thick, I have to adjust the slot cutter router bit to finish routing the tongues in a second pass.

I have to adjust the slot cutter edge almost to the flange of the grooves. I route a tongue in one corner of one of the planks and check how well this tongue-and-groove joint fits. And I adjust the router depth of cut to reduce the thickness of the tongue, and keep testing until I’m happy with how the joint fits. And when I am satisfied I finish routing all the tongues in all the planks following the same steps as usual.

With this technique I am able to route grooves and tongues all around all the planks so that they fit together perfectly. And although it is necessary to make a plunge router jig for each size of plank that we might have to work with, this woodworking jig is very easy to make, and it allows us to make tongue and groove wood for any project where we need it, such as a wood floor. 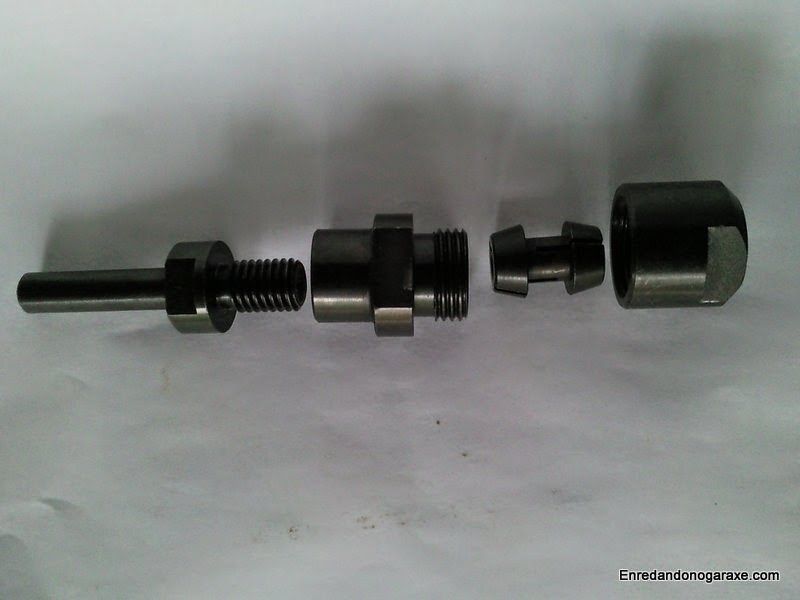 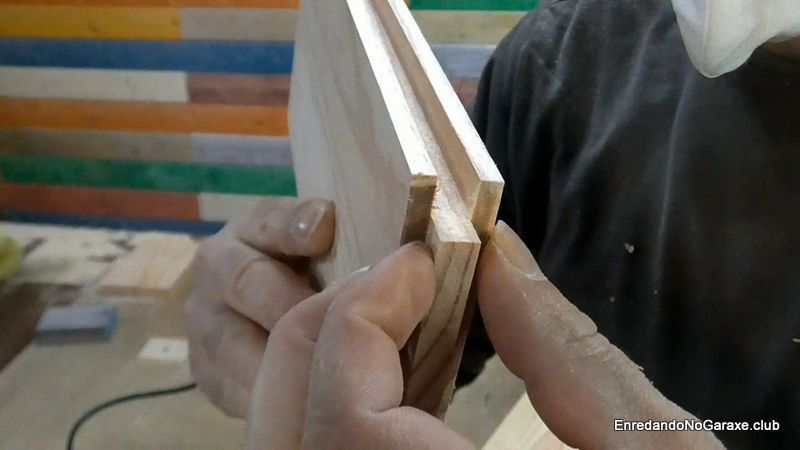