Surely, looking for how to joint wood, you have already watch in a woodworking blog or in a YouTube video that it is possible to joint the edges of the wood boards using the router table and a straight router bit. Jointing on the router table is not a technique that I will use often, as I have my DIY thickness planer, but I wanted to see if it was as simple as it seems to be.

Jointing on the router table, trial and error:

As usual with these homemade machines, and even sometimes with purchased ones, the theory seems very simple but when it comes to jointing wood unexpected problems can appear. In my case, after several tests jointing wood boards that did not come out well, I discovered that the two parts of the split fence of the router table were not perfectly parallel. The result of this is that the wood board to be jointed does not stay flat against both parts of the split fence. Then, as seen in the following video, as it moves along the inclined part of the split fence, it separates from the straight router bit. It even separates enough so that the straight router bit does not joint the wood.

This lack of parallelism is probably due to some small deformation in the one piece fence due to the humidity in my workshop. It does not seem to be something that is going to give me problems during usual use of the router table, but it does have a great influence when it comes to performing this trick of jointing with the router table. And although it may seem simple to solve, I had to modify the shims behind the part of the split fence that works as outer table several times before I managed to get it parallel with the other part.

Once both sides of the split fence are parallel, and the jointing configuration is ready, it is now easy to joint the edges of the wood boards with the router table and leave them perfectly straight, at 90° to the faces of the boards and perfectly smooth. However, in order to obtain a perfectly smooth surface, it is advisable to check the direction of the wood grain at the infeed to the router bit before jointing. The wood grain should enter the jointer pointing outward, as seen in the pencil marks in the picture. If they come in pointing towards the router bit (you can see it better in the video), when the router bit cuts the fibers it will lift them, leaving a sandpaper-like surface instead of the smooth surface we are looking for. 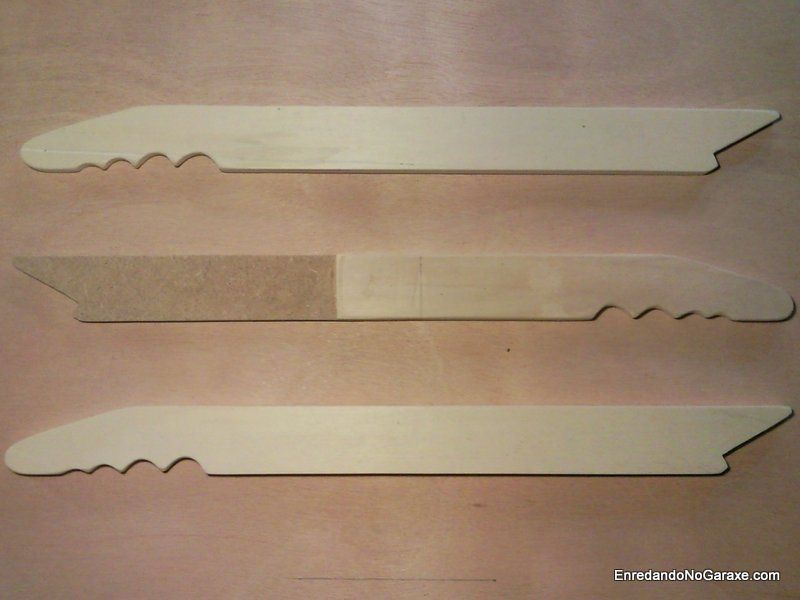