Yes, I know that the jig saw we just bought comes with its own side guide, the same as any hand-held circular saw we can buy. But they usually leave a lot to be desired. So I’m going to make a side fence, to cut wood straight and accurately with the jigsaw, which also serves to firmly clamp the wood to be cut.

Best of all, all we need is a piece of wood and a few screws with washers. And if we want, also some small metal angles.

The jigsaw and the drill bits for wood, it s supposed that we already have them, otherwise what’s the point of this.

The first thing to do is to make the side fence itself, which is nothing more than a straight strip of wood on the edge of the workbench.

With the help of a small wooden block I align the straight strip of wood with the edge of the workbench. And behind the fence I put, screwed against the tabletop, a metal angle at each end of this wooden fence. The function of these metal angles is to make this jigsaw fence go up and down vertically and a little more precisely, so that it is easier to press it on of the workpieces when using it to clamp the workpieces.

To press the jigsaw fence on top of the workpieces I will use something as simple as long screws with washers. First I drill a couple of holes on each end of the wooden fence. To drill these holes I use a drill bit a little thicker than the screws, as I want the screws to fit loosely through these holes. And I drill two holes on each end because I want to have more flexibility when clamping wider or narrower pieces that I might want to cut.

Now I mark the position of the holes on the workbench top and I finish drilling the pilot holes in the workbench top. But now I drill these holes with a drill bit that is slightly thinner than the screws that I will use press the fence.

And holding this plywood sheet against the jigsaw fence, I cut it while sliding the jigsaw base against the wooden fence. This way I get a 5mm strip of plywood witch I can use as a guide to accurately position under the fence the wood that I want to cut straight.

As I was saying, this strip is used to position the wood to be cut very precisely under the jigsaw fence. The edge of that strip marks exactly the straight line where the jigsaw blade will cut.

Therefore, I have to adjust the wood to be cut in such a way that the cutting line is adjusted inside or outside (depending on the case) the edge of the plywood strip.

And here it is, a straight and very precise cut, right on the cutting line I had drawn on the wood. I can’t believe that a so simple jigsaw fence like this one works so well.

Trick for cleaner cuts without splintering with the jigsaw

With a cutter, using the plywood strip as a guide, I will make a cut in the surface of the wood that I want to cut straight. We cannot see it well on the cutting line that I draw with the pencil, but we can see in one of the pictures how is the mark that the cutter makes on the wood.

And as we can see in the picture, it is very easy to adjust the position of the wood so we can cut it at any angle with the jigsaw.

Well, the result is a cleaner cut and virtually with no splintering in the cut I have just made in the wood. But while at the beginning of the cut I made an accurate cut, at the end it looks like the jigsaw blade moved away from the cutting line.

It also turns out that the vertical cut did not stay perfectly vertical, and we can see that in the end the cutting blade bent vertically. A problem with the jig saw that is fairly typical.

But as you already know, I have a curious portable jig with bearings with which the jigsaw blade stays perfectly vertical while cutting the wood.

Portable jig for straight vertical cuts with the jigsaw 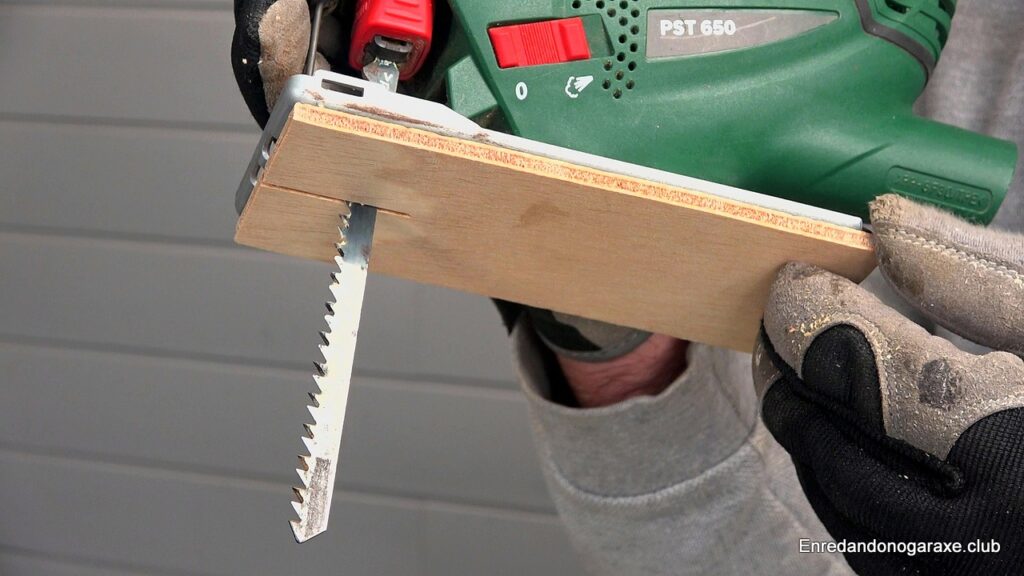 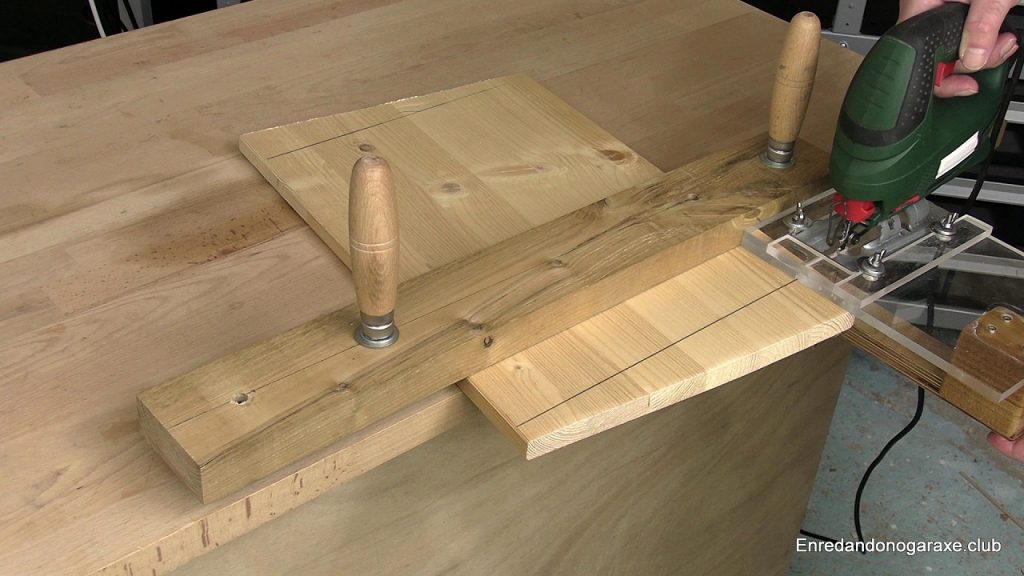 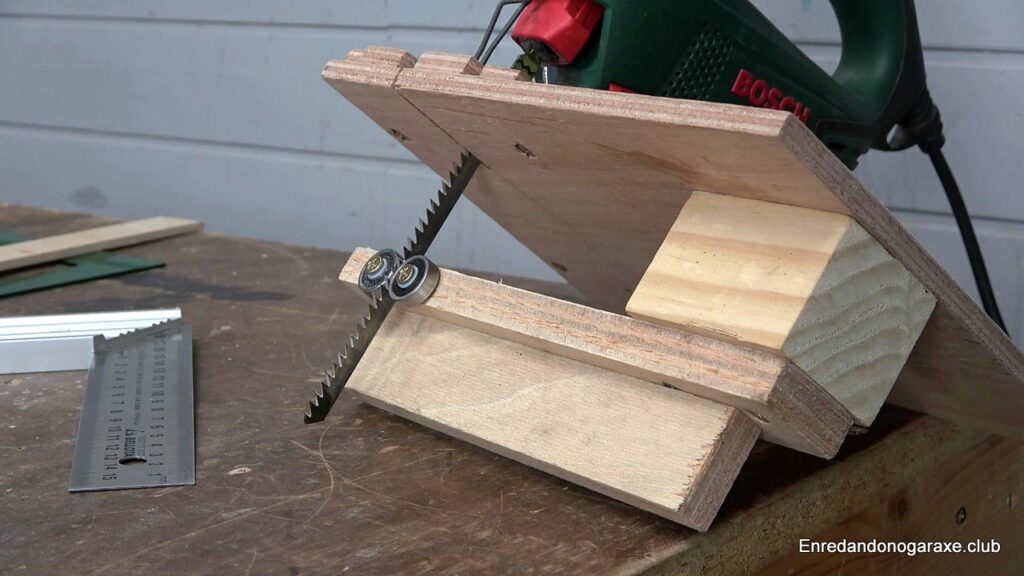 Small wooden wall with wood strips structure and OSB board