Two sponsored videos in this post : )
This entry is NOT sponsored.

The German company of accessories and tools for DIY and woodworking Wolfcraft sent me the Master cut 2600 multitool work table for me to try it out and make a video for my YouTube channel. It seemed better to make two videos and show it well 🙂.

At first I was skeptical, but after trying this workbench I have to say that I was pleasantly surprised, as the different tools that are mounted on the table are more easy to change About what I thought. 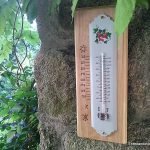 And the possibility of installing a dividing knife on the table saw, if our handheld circular saw does not have, it is a detail that greatly improves security when cutting wood with the master cut 2600.

The dividing knife is sold separately, but it is worth buying.

Table saw with the MASTER CUT 2600

When we buy the MASTER CUT 2600 and unpack it, the first thing we are going to do is unfold it and install the different accessories as explained in the manual.

And now, the only thing that can be a bit complicated to do is put the fixed stops to be able to easily assemble and disassemble our circular saw. To mount the MASTERCUT 2600 as a table saw but to be able to remove the circular saw easily when we need it.

In the following video I try to show you how I did it. The manual is very well explained with very detailed images, but I pulled a trick up my sleeve. Including how I did to assemble the dividing knife.

The best thing is that once the fixed stops have been put on, then it is quick and easy to put on and take off the machines and the dividing knife to exchange the different machines.

I put in an extra fixed stop for when I have to remove the front stops to mount the other machines. That extra stop helps me reposition the base of the circular saw accurately when I reassemble it to the MASTERCUT 2600.

How I assembled the circular saw and riving knife:

How to mount the milling table on the MASTERCUT 2600

Once we have the fixed stops for the circular saw, now we are going to see how to make a milling table with our column milling machine and the master cut 2600.

Perfect to install on the MASTERCUT 2600

See on Amazon or other online stores

The first thing is to change the table saw insert for the insert of the milling table, since the hole in that insert will help us to center the column milling machine.

We center the column milling machine above the insert hole and we are going to take advantage of the curved base of the milling machine to put two fixed stops in the area that is outside the space that the circular saw would occupy. So I can always leave those two fixed stops there so that putting the router back in the center is as easy as putting it against those stops. And it would only be necessary to put two stops on the other side and the four pressure clamps with their wing nuts.

After the first tests, I find this router table very easy to use, the wood slides very well on the table and against the lateral guide, and the vertical pushers are of great help when keeping the wood to be milled against the tabletop.

Table jigsaw with the MASTER CUT 2600

Assemble the keyhole saw Inverted in the MASTER CUT 2600 is really easy, since I just have to center the cutting blade in the slot in the insert for milling table.

And I put a pair of fixed stops on each side and the corresponding staples to press the base of the jigsaw. In this case, it is a very simple task.

The board of the MASTERCUT 2600 comes with cross grooves that allow a miter saw to be fitted on top and fixed to the table with the long screws that are included. This multi-tool workbench is foldable and easy to transport, so it serves as a miter table both when we work in our workshop and when we go to another workplace.

The MASTER CUT 2600 is also in itself a workbench on which we can work and it is specially adapted to put various clamping clamps that will help us to correctly hold the pieces of wood that we have to cut, sand, drill ...

This piece of plastic on the metal edge of the MASTERCUT 2600 is used so that the sergeant has a good clamping area at the bottom.

There are several of those pieces around this multi-tool folding table, and they also serve as a support area when we fold the table and place it sideways against a wall.

More features of this multitool table

The miter cutting guide with the table saw

I like that the miter guide slides smoothly into the metal slot in the table top of this multitool.

Special plastic parts ensure that the miter guide fits snugly into the groove. It does slide a little harder than I would like, but I prefer it to have slack. Anyway I hope that little by little it softens.

This guide also comes with a scale to adjust the angle at which we want to cut the miter and a large knob that makes it easy to loosen or tighten it at a specific cutting angle.

The side guide for the table saw

The side guide for the table saw comes standard with the MASTERCUT 2600.

This side guide has two clamp levers, one at each end. And to help us put it parallel to the table saw cutting disc, the metal rails that this side guide slides on are marked with a centimeter and millimeter scale.

System for leveling the machine plate

The MASTERCUT 2600 comes with a metal plate to which the electrical machines are fastened with the help of fixed stops and a kind of metal staples that we press with wing nuts. Wolfcraft calls it the machine plate.

That machine plate has special screws under each corner to make its surface level with the surface of the rest of the tabletop on this multi-tool table. A fairly simple task to do.

Wolfcraft sells a special dividing knife that mounts to the MASTER CUT 2600. I like that it is wide and is easy to regulate with the height of the cutting disc of the table saw.

The first installation of the dividing knife can be a bit messy (in the video above I show how I installed it) and it needs our full attention, but then once installed it is very easy to adjust and to remove and put on.

The manual specifies that you should not use a circular saw without a dividing knife, and if you do not have it, you must install the model of dividing knife that Wolfcraft sells.

Wolfcraft sells two sizes of dividing knife for this multitool table. Make sure you buy the right one to install along with the circular saw you are going to use.

For cutting discs up to 160mm.

See on Amazon and other online stores

If you never had a Wolfcraft manual in front of you, here is a sample.

Wolfcraft manuals do not have confusing explanations, they are everything super detailed drawings. Every little detail of the parts in reality we see it reproduced in the manual.

Wolfcraft has long been incorporates a wonderful safety switch as standard in its series of MASTERCUT multi-tool workbenches.

Wolfcrfat's safety switch is difficult to turn on unless we put our finger in the green button and easy to turn off even by pressing the red one with the palm of the hand. It has an inlet for the female head of a current extension hose and a plug with a protection cap where you can plug in the corresponding electrical machine. In short I would say that the MASTER CUT 2600 by Wolfcraft It is a work table that I was surprised, since at first I thought that it would be more difficult to install the power tools and that it would be unstable, but after the first installation of the circular saw, it is already easy to exchange the different machines.

More woodworking and DIY projects versatile it can not be done. Easily switch between table saw, router table and jigsaw. And it also serves as a workbench. Of course, the tools and some accessories are purchased separately.

It's not going to have the precision of a good quality table saw or router table that we can buy, but it performs very well.

Stability is better than meets the eye. During the tests I did not notice that the table moved or made strange movements. So despite how light it may seem, it turned out to be stable enough to cut and mill the wood without much trouble.

The first installation of the circular saw needs our full attention, but everything is explained in the manual with very detailed drawings.

Once the first adjustments have been made, the machines seem relatively easy to interchange..

Es very easy to fold and store. And it is easy to transport, considering that it is a work table. In a small workshop like mine, being able to fold the table so easily and be able to store it is great for me.

Being able to install a separating knife on the table saw is a plus that greatly improves safety.

Of course, to get the most out of it we have to buy the side milling stop and the separating blade separately.

How to joint wood boards on the router table

How to make a drill powered disc sander

How I make 10 step by step woodworking jigs

Mining engineer involved in blogging and YouTuber. Crisis things. Passionate about DIY and woodworking from a young age, I had to leave the hobby a little aside for my studies. But now, thanks to the blog and my YouTube channels, and especially thanks to all the followers, I can dedicate all my time to it.
Go up
X We use cookies on our website to provide you with the most relevant experience by remembering your preferences and repeating visits. By clicking "Accept", you agree to the use of all cookies. However, you can visit Cookie Settings to provide controlled consent.
Read more Cookie settings ACCEPT
Privacy and Cookies Policy