In this first project we are going to make a template for cutting laths and boards with the circular saw or disk saw. The idea is to have a template that allows us to make 90º cuts without problems (although we will see later that they can also be cut at an angle) and to be able to cut pieces of the same length easily and quickly. In the drawings you can get an idea of what the saw blade jig looks like and you can also see a cutting diagram of the board. The measurements depend on the circular saw that each one has, so you have to measure carefully, because as seen in the video the supports must have the right height for the saw blade to leave a groove of a few millimeters at the base, but without cutting it completely.

The measurements of the section of the lath that will be screwed to the base do not matter much, just that it fits under the template and that it is wide enough to be screwed without problems.

If the vertical cuts come out slanted, it may be that we do not have the blade at 90 degrees to the base of the saw blade. Don’t forget to check the angle of inclination of the blade.

In addition, if we do not want to cut the entire strip, but only want to make a box, we can also adjust the depth of the circular saw. In the picture you can see the adjustment levers of this Bosh circular saw, which although it has a few band-aids so far has behaved like a champion.

09/08/2016: I currently use a different disc saw, but since my new saw has a slightly narrower base I can use it on the same fence. Although the depth of cut is greater, so I have to regulate the depth of cut so that the saw does not cut completely through the base board of this guide. 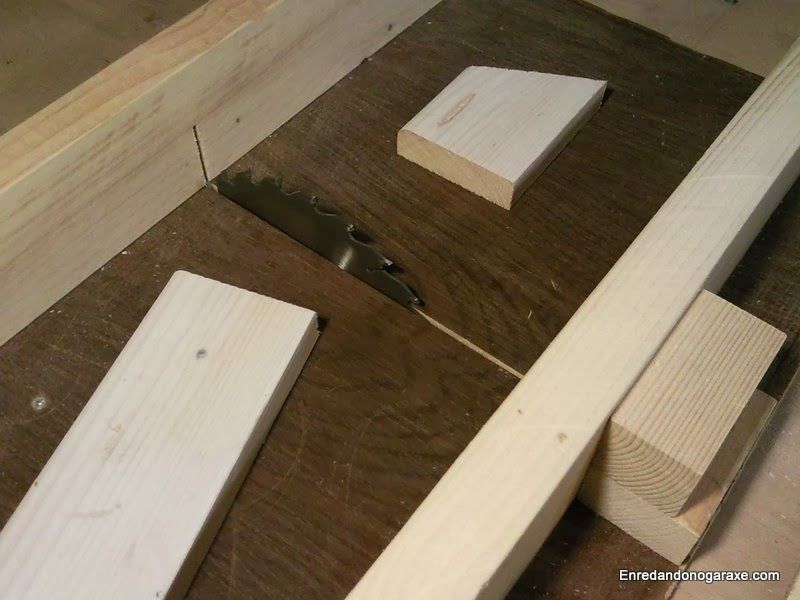