I have been struggling for several days with a project of a height adjustable wooden hurdle for dogs agility, to train a German Shepherd. It was not a very complicated woodworking project to make, in principle, but I made some modifications to the original design they gave me, and those modifications were driving me crazy.

It gave me quite a lot of work, especially the small change I made in the vertical post supports, which were originally braced at 45 degrees, but I decided to put the braces at 60 degrees. So, that forced me to make cuts at 30 degrees and at 60 degrees in the four wooden reinforcements that I had to make.

Here we see the original wooden hurdle for dogs agility with the reinforcements at 45 degrees. Those are the wood braces I changed to set them at 60 degrees.

And here is a curious angle protractor that I used to draw the wooden reinforcements that I should make.

First I put the workpiece against the fence and moved the blade 30 degree to the side to make the 60 degrees cuts without much trouble. Then I tried making the 30 degree cuts by improvising a small support table on one side of the miter saw. On that makeshift table I put some wood pieces that would allow me to put my workpieces always at a suitable angle for the cuts I needed to make. But it is not easy to be precise (and perhaps not very safe) cutting this way. And being very precise is exactly what I was really interested in, because I need both cuts to be exactly at 90 degrees, but that was not possible.

In addition, the makeshift table was not well leveled and the workpieces were not perfectly horizontal, so the vertical cut was not at 90 degrees either. Well, actually the wooden strips I used to make these reinforcements were slightly twisted (I should plane them first). Anyway, it is not worth the effort to plane them now and also trying to level the makeshift table to re-cut at 30 degrees. And then I should have reworked the first cut on the miter saw to get the 90 degrees between the 60-degree cut and the 30-degree cut. But I had the impression that with the wood a little twisted it would not look good.

The best solution I could come up with at the time was to fix the angled cuts on the DIY router table with the help of my sliding fence. With a piece of chipboard (I didn’t want to waste a piece I had of quality plywood for this) I made a jig to hold the workpieces in the position I needed to route them.

With the edge of the jig on the router table top and the back against the sliding fence, I only had to gradually pull the sliding fence to route and adjust, in several passes, the cuts I had made previously on the miter saw.

How to make a height adjustable wooden fence: 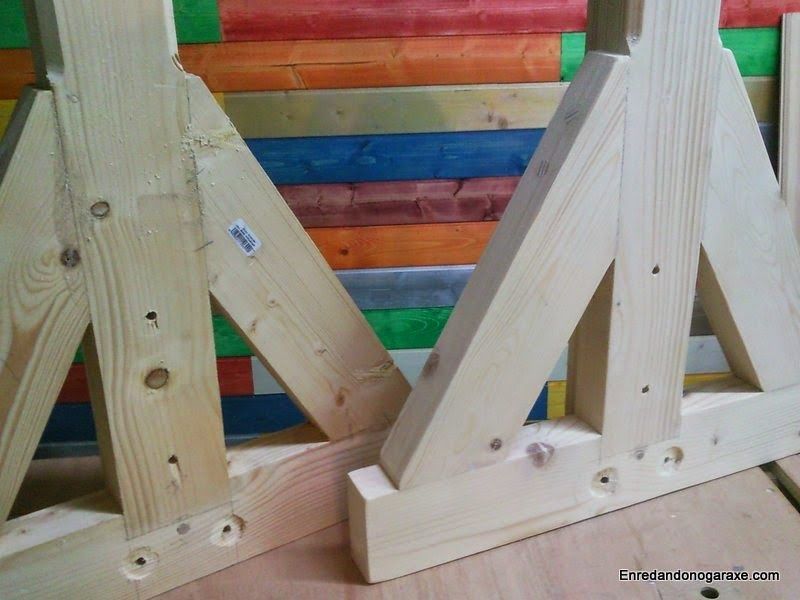 I make the lateral supports for the wooden fence

In this post I am going to make the wood joint between the vertical post and the horizontal base to ... 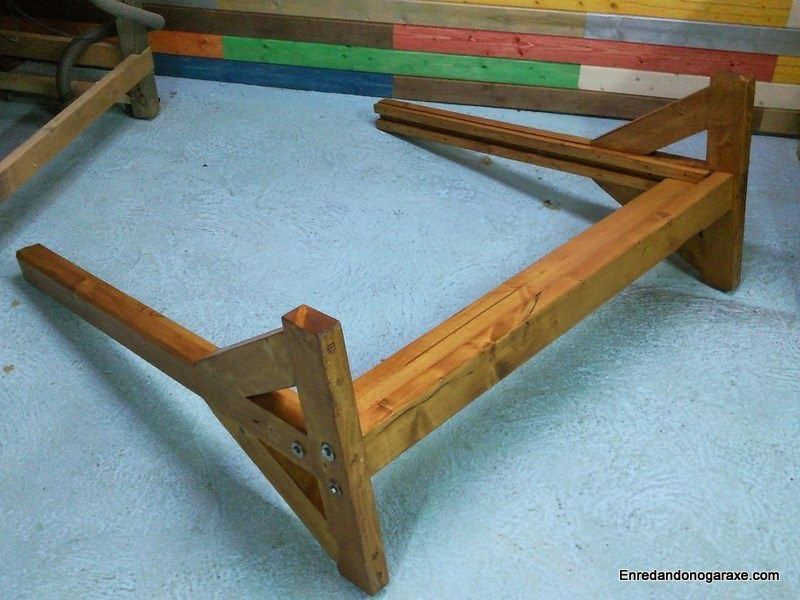 Using bolts to join the fence parts and finishing it.

Once I have finished making the side supports of the wooden fence, I can now use some bolts to join ... 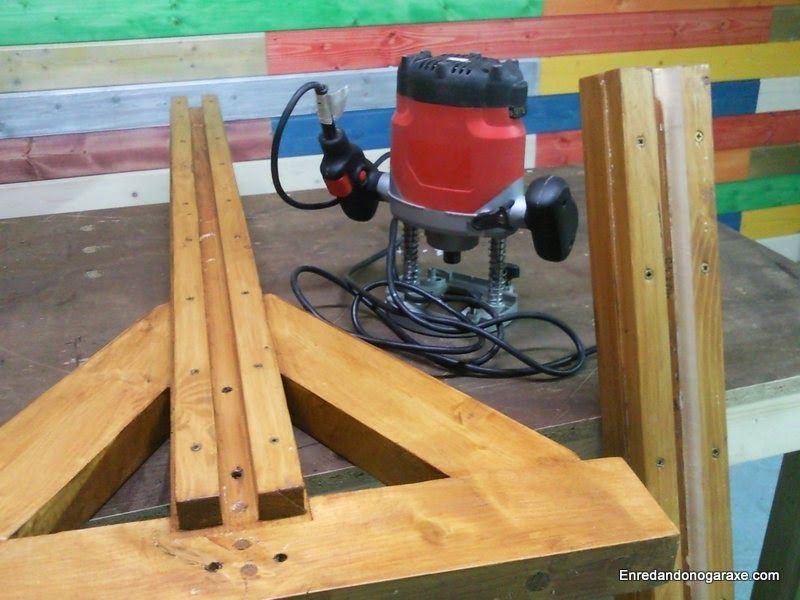 Adjusting the groove of the wooden fence and the boards length

When I made this height adjustable wooden fence for the dog jumps I wanted to adjust too much the measurements ...
Últimas entradas